Baltimore continues to pay a high price for the sorts of police corruption and misconduct on display in the Gun Trace Task Force scandal. Part of that price is that convictions need to be thrown out, even in cases where a real crime may have been committed and not all the evidence was tainted. From the Sun:

“When you have sworn police officers involved in egregious and long-standing criminal activity such as planting guns and drugs, stealing drugs and money, selling drugs, making illegal arrests, and bringing false charges, our legal and ethical obligation in the pursuit of justice leaves us no other recourse but to ‘right the wrongs’ of unjust convictions associated with corrupt police officers,” Mosby wrote in an email.

And if you think maybe we could get fuller disclosure of police disciplinary proceedings so that problems might be headed off before they reach the stage of massive scandal, well, good luck with that.

More from the Abell Foundation: “Baltimore Police Department: Understanding its status as a state agency”:

The Baltimore Police Department became a State Agency 158 years ago in response to the rise of the Know-Nothing Party in Baltimore City. By 1860, the Know-Nothing Party had taken complete political control of Baltimore City, relying on violence and coercion. The Maryland General Assembly reached the conclusion that the City and Mayor had proven themselves incapable of maintaining order in the City of Baltimore and accordingly enacted Public Local Laws making the Baltimore Police Department a State Agency.

Got no use for logical cops

Sentences worth pondering, from coverage of the U.S. Department of Justice’s employment-practices suit against Baltimore County: “The exams tested reading, grammar, logic and other skills that the suit alleges are not related to the job of being a police officer or police cadet.” Critics take heart, however: “County Executive Johnny Olszewski Jr. issued a statement saying the police department has discontinued the test.” [Pamela Wood and Wilborn P. Nobles III, Baltimore Sun] (cross-posted from Overlawyered)

George Liebmann of the Calvert Institute, who has been a critic of the U.S. Department of Justice’s consent decree with the city of Baltimore over policing practices, commented on the decree in a communication to the district court. What follows are excerpts from the submission to the court:

…The showing of current or recent constitutional violations by the named defendants that is a necessary predicate for federal jurisdiction and the decree is absent. The unsworn and unsigned Report attached to the Complaint recites few recent incidents, none chargeable to the current Mayor and Police Chief, and no improper directives by them. …

This is a City in which any number of Mayors, Councilmen and Police Chiefs have been black, as is at least 40% of its police force. Whatever the misconduct of a few individuals, the charge of racism is one that should not be lightly entertained, let alone sanctified, on slender or non-existent evidence, in a decree of a United States District Court. Such a finding is a jurisdictional prerequisite; the disclaimer in paragraph 5 that the City does not agree with the Findings in no way obviates the jurisdictional need for them. Their falsity and exaggeration is welcomed by the original sponsors of the decree because it feeds not only into a decree but into a political narrative supportive of electoral mobilization and identity politics. 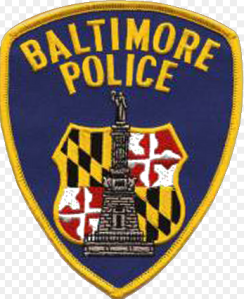 The decree is transparently collusive—an alliance of two lame duck administrations to victimize unrepresented interests, those of the police unions and their members and those of the State, which will be pressured to provide money for reforms, the BPD being at least nominally a State agency. Nor is the United States Attorney anywhere to be found…. Article III of the Constitution limits court jurisdiction to “cases and controversies”, an important limitation. Moore v. Charlotte-Mecklenburg, 402 U. S. 47 (1971); Chicago and G.T.R. Co. v. Wellman, 143 U. S. 339(1892). There is none here; the parties have avowed since before this case filed their intention to enter a consent decree. Given the apparent lack of enthusiasm of the current Justice Department, entry of the decree will deliver public policy into the hands of advocacy groups. It is inconceivable that even the recent and current City administrations would have conceded control of the police to advocacy groups, including some with a declared agenda in favor of federal control of local law enforcement.

The vague and sweeping injunction contained in paragraph 8 can thus be enforced, if at all, only by contempt fines falling on City taxpayers and fustian from the bench. The Court, to be sure, will have the aid of a credulous press. Notwithstanding an express finding in the Report that the facts found on handling of sexual assault complaints did not establish a constitutional violation, the lead story by Sheryl Gay Stolberg and Jess Bidgood in the next day’s New York Times, August 16, 2016, page 1, column six at the top of the page bore the headline in the print edition: ”Baltimore Police Fostered a Bias Against Women.” The Court in its Agenda for Counsel accurately characterized the decree as “aspirational, general, lacking in deadlines” as well as lacking in information about “standards to be applied, resources, costs.”

Neither this Court nor the litigating lawyers framing the decree are authorities in police administration. As the ‘time line’ appropriately directed by the Court indicates, there are an almost comically large number of reporting requirements, the costs of which in time, manpower, morale, and response speed are not assessed. There is every reason to think that these external mandates will be resented and little in the recent history of structural decrees provides reason to think that they will be effective. Non-constructive compliance costs will be enormous, and, given paragraph 450, even the much-vaunted ceiling on monitors’ fees is bendable.

The City was vindicated in this court’s housing case after twenty years of costly litigation, the only relief granted being a cosmetic decree against the federal government affecting a few hundred families; while the case was pending, several hundred thousand minority families moved to the Baltimore suburbs without the court’s assistance. This court’s special education case was of equal length and bore fruit, as Kalman Hettleman and others have shown, in enhanced paper shuffling and no improvements in the quality of the personnel giving classroom instruction. …The effective police reformers have been Commissioners, not judges: William Bratton in 1990s New York and Los Angeles, Donald Pomerleau in 1970s Baltimore.

Paragraphs 251 through 259 of the decree relating to sexual assault are improperly included as a sop to advocacy groups in the face of a Report finding “We do not, at this time, find reasonable cause to believe that BPD engages in gender-biased policy in violation of federal law.”

The provisions of paragraphs 43(b) and 61 limiting arrests for loitering, misdemeanor trespass, (important in drug law enforcement), as well as disorderly conduct, gambling, and quality of life offenses will become rapidly known and are gifts to the underworld, lowering the risks and costs of illegal drug distribution and increasing its profitability. In no way do they foster or are they equivalent to the decriminalization of drugs. The benefits of decriminalization, all absent here, include labeling, licensing, quality control, availability of drug testing without fear of self-incrimination, excise taxes, enhanced revenues from sales, payroll, income and business taxes, and the replacement of a distribution system reaching into every workplace and classroom with one operating from fixed locations. Insofar as it curbs “broken windows” and “quality of life” enforcement, the decree completely deprives the City of options the value of which is the subject of political and professional controversy, a disservice to responsible self-government.

The decree cedes power not only to the federal court and its monitor but to the federal Department of Justice itself, see paragraphs 285, 286, 298, 319, 324, 483. The merit of Justice Jackson’s view may not have been apparent in October but should be in March: “I think the potentialities of a federal centralized police system for ultimate subversion of our form of government are very great.” The decree adopts unacceptable “disparate impact” criteria on both employment and enforcement, paragraphs 43, 423 and 511 (cc). It is particularly deplorable that the last of these restrictions is buried in the “Definitions” section of the decree. Its effect, as a representative of an advocacy group has joyfully proclaimed, is to prevent police from “targeting citizens in high crime areas.” Reduced enforcement in such areas is assumed to be a public good, an insight probably not shared by the residents. …The decree is not a harmless sop, but a measure whose effect on police recruitment and behavior threatens a sudden and complete collapse of public order, or at best a long period of slow attrition as police, residents and businesses vote with their feet for jurisdictions that have not thus handcuffed themselves….

The court is being urged to enter both a political thicket and a minefield, to no good purpose….

Note also (via Kevin Rector of the Baltimore Sun on Twitter) this paragraph acknowledging the collusive, or sweetheart, nature of the litigation:

Fact this paragraph is in a filing by Baltimore, in which the city is fighting FOR fed oversight of its police dept, strikes me as profound. pic.twitter.com/w37vSJQrOm